A place of history and honor

In the Battlefields every town, historical building, battle site and memorial has a fascinating tale to tell, with the famous Siege of Ladysmith having taken place during the Second Boer War and lasting 18 full days. Steeped in history and the scene of some of the worst battles in South African history, between the Boers and the British and the Zulus, this area has many museums and heritage sites to visit.

Some of the most iconic battles fought here are those of Rorkes Drift, Isandlwana, Blood River and the Siege of Ladysmith. These sites all offer fantastic museums and self-guided or guided tours of the sites.

Apart from the numerous battlefield sites, this area is also known for its game viewing and birdwatching. Several game reserves offer Big 5 game viewing, where lion, elephant, buffalo, leopard and rhino can be seen. And it’s just a short drive to the Drakensberg. 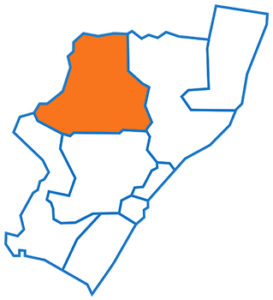